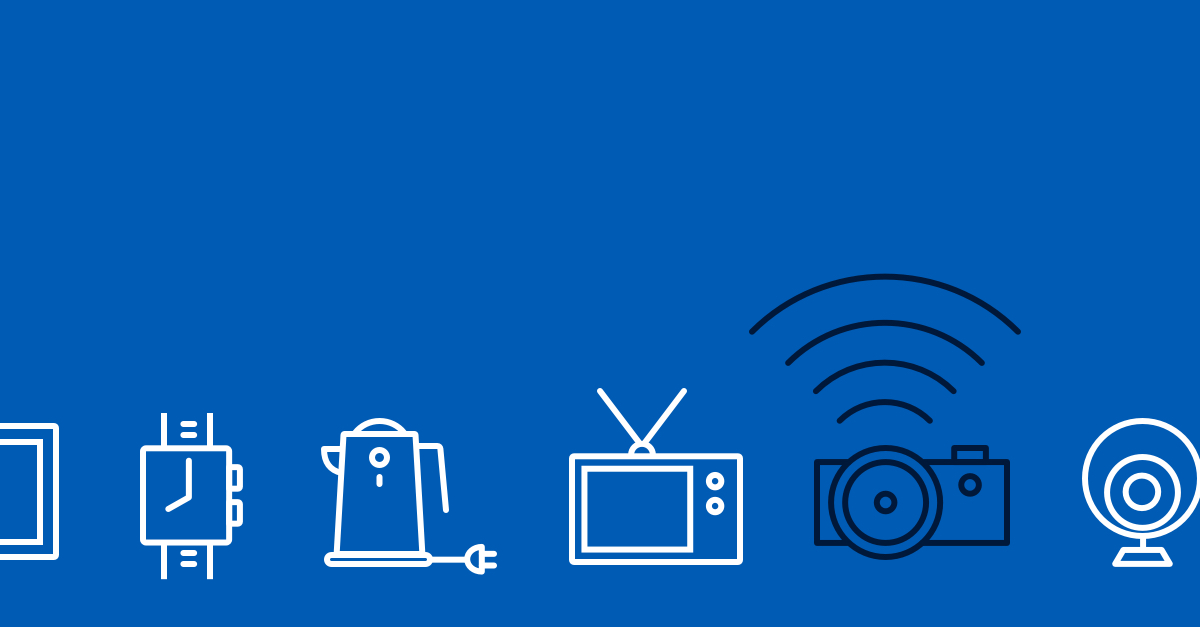 The phrase Internet of Things, or IoT for short, turns up all over the place these days.

But what are the things of which the IoT is made?

Is an IoT “thing” it a specific sort of technology, like a low-powered computer chipset? A special sort of computer, such as one without a screen and keyboard? Is is an online trend, like Snapchat?

The answer, for better or for worse, is all of these, and a lot more besides.

Loosely speaking, the IoT refers to a whole class of day-to-day objects – things, if you like – that are now being offered with built-in network connectivity.

This means you can hook them directly to the internet, all on their own, rather than first plugging them into a computer that is connected to the internet.

Very often, these are things that:

Some examples are: TVs, music players and cameras.

For many years you’ve been able to connect devices like this to your computer, for example to upload music, download images, or set recording times for your favourite shows.

So it’s not entirely surprising that many of them can now be connected directly to the internet on their own.

Trendier items that have recently joined the IoT include: kettles, light bulbs and home thermostats.

You don’t really need your light bulbs online, but it’s kind of cool to be able to set mood lighting in your whole living area using an app on your mobile phone, without having to rig up any special wiring.

And you can probably imagine how remotely controlling individual appliances over Wi-Fi with a single app might end up saving money, improving reliability, being greener, and so on.

So we can expect to see more and more IoT devices of this sort, from washing machines and refrigerators to garage door openers.

Lastly, there are numerous specialised devices that are rapidly becoming IoT “things”, such as: drug infusion pumps, electricity meters and even cars.

Pros of the IoT

+  Connecting and controlling household devices will become easier and more efficient. If you have ever done any electrical work on an older-model car, you will know just how confusing an automotive wiring loom can be. Much of that complexity comes from the need to run wires hither and thither to connect the battery to each light bulb or device via its own switch or control knob.

Cons of the IoT

–  Experience so far suggests that we can’t rely on the vendors of these devices to make sure they are secure before they invite us to hook them up to the internet. From baby monitor webcams with well-known default passwords to drug pumps with no network passwords at all, computer security often takes second place in the IoT.
–  Early adopters run the risk of being blinded by coolness, or oversold on convenience. This may lead to them deploying IoT devices such as webcams and thermostats without thinking what information might leak out about their private lives.

–  The IoT’s “things” are frequently just tiny computers that are built down to a price. With this in mind, shortcuts in security are hardly unexpected.

(Audio player above not working? Download MP3 or listen on Soundcloud.)

What is… an exploit?

What is… social engineering?