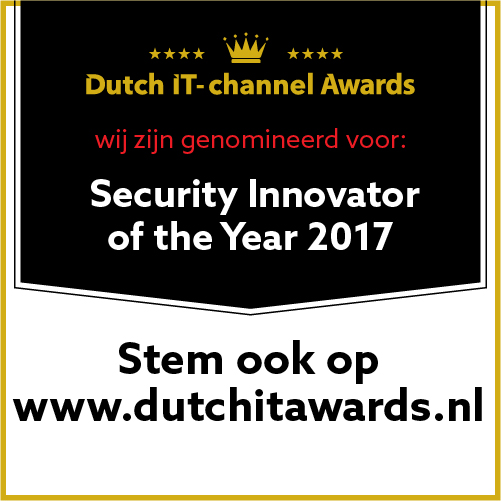 Sophos is nominated as Security Innovator of the Year  in the Netherlands for the second time in a row
The IT channel in the Netherlands plays an important and crucial role in the growth and innovation and digital transformation of the Dutch economy. That’s why Dutch It Channel organizes the third edition of the Dutch IT-Channel Awards, where the whole industry meets to network and celebrates the importance of the channel!

Nominate Sophos
We are proud to announce that Sophos is one of the nominees as Security Innovator of the Year 2017 in the Netherlands. Now is the time to vote! From October 23rd, 2017 till Januari 5th, 2018 you can vote. You can play an important part for Sophos! Help us get as many votes as possible for our nomination. Vote now!

We appreciate it very much.