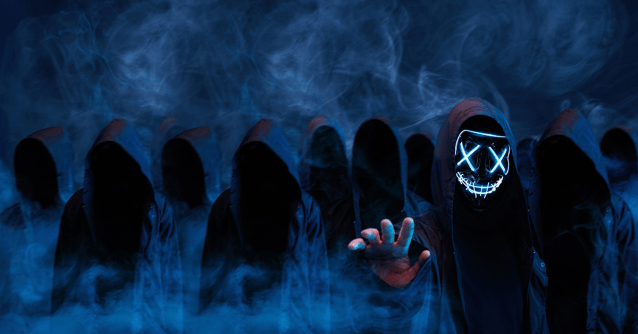 A few weeks ago, a mid-sized, 24/7 media company that had moved critical activities online during the pandemic, found itself locked in live combat with REvil ransomware attackers determined to secure a multi-million-dollar pay-out. The attack failed, but the company has yet to fully recover.

In early June 2021, a detection of Cobalt Strike on the network of a mid-size media company triggered a security alert. Cobalt Strike is a remote access agent that is widely used by adversaries as a precursor to ransomware attack.

Attackers released ransomware a few hours later at 4 am local time. For the next four hours, the target’s IT team and Sophos’ Rapid Response team were locked in live combat with the human adversaries orchestrating the attack.

The attack ultimately failed, but not before the attackers encrypted the data on unprotected devices, deleted online backups, and decimated one online and undefended domain.

The ransom note left on encrypted devices demanded a payment of $2.5 million and was signed by REvil, also known as Sodinokibi.

REvil is a ransomware-as-a-service offering, which means that criminal customers can lease the malware from the developers and then use their own tools and resources to target and perform the attack. The target for this particular REvil customer was a media company with approximately 600 computing devices – 25 of them servers – and three Active Directory domains, which were critical to the company’s ability to maintain its 24/7 operations.

The rush to remote and online operations

Like so many organizations during the early stages of the COVID-19 pandemic, the target had rushed to equip and enable a remote workforce, and not all devices carried the same level of protection. The company also decided to internet-connect a network that was previously air-gapped. Unfortunately, these actions would come back to bite them.

Once the intruders were inside the network, they made straight for the unprotected devices and other online systems they could gain access to, installing their attack tools and using them to spread the attack to other devices.

When Sophos’ Rapid Response team arrived on the scene, they discovered that the attackers had already managed to compromise a number of accounts and had been able to move unimpeded between unprotected computers.

“One of the biggest challenges for incident response is a lack of visibility about what’s happening on unprotected devices,” said Paul Jacobs, incident response lead, Sophos. “We can see and block inbound attacks coming from these devices to a protected endpoint, but we can’t centrally remove the intruder from those devices or see what they’re up to.”

The team also looked at the software applications installed on devices to check for any that might be used as part of the attack.

“As a result of the pandemic, it’s not unusual to find remote access applications installed on employee devices,” said Jacobs. “When we saw Screen Connect on 130 endpoints, we assumed it was there intentionally to support people working from home. It turned out the company knew nothing about it – the attackers had installed the software to ensure they could maintain access to the network and compromised devices.”

This was just one of several mechanisms the attackers implemented to maintain persistence. The attackers also created their own domain admin account as a fallback after stealing another set of domain admin credentials.

“As the attack became noisier, the attackers knew they would be detected and blocked. We could tell that they knew we were there, and they were doing everything they could to defeat us,” said Jacobs. “Our security products have a behavioral feature called CryptoGuard that detects and blocks attempts to encrypt files even if the source is a remote, unprotected device. Once we started to see such detections, we knew the ransomware had been unleashed and the battle was on.”

Every attempt needed to be blocked and investigated to ensure there was nothing else going on and that there was no further damage – even though by then the next attack attempt was already underway. This task was made harder than normal because the organization needed to keep most of its servers online to support the 24/7 broadcasting systems.

Eventually, the onslaught began to slow down. By day two, inbound attacks were still detected intermittently but it was clear the main attack attempt was over and had failed.

As the incident responders and the company’s IT security team took stock, they found that damage was mainly limited to the unprotected devices and domains. The previously air-gapped, online domain was completely destroyed and needed to be rebuilt and online backups had been deleted, but the company wasn’t totally crippled by the attack, and it didn’t need to pay the exorbitant ransom. Despite this, the return to full operations has been a slow process and is ongoing at the time of publication.

“In most cases, by the time we are called in the attack has already taken place, and we are there to help contain, neutralize and investigate the aftermath,” said Peter Mackenzie, manager of Sophos Rapid Response. “On this occasion we were there as the final stage of the attack unfolded and could see at first hand the determination and growing frustration of the attackers, who threw everything at us, from as many directions as they could.”

Sophos experts believe there are two important lessons defenders can take away from this incident:

Sophos recommends the following best practices to help defend against REvil and other families of ransomware and related cyber-attacks:

Technical information on the tactics, techniques and procedures (TTPs) used in this and other REvil attacks can be found in the following companion articles, What to Expect When You’ve Been Hit with REvil Ransomware, and Relentless REvil, Revealed: RaaS as Variable as the Criminals Who Use It.