Since early September, SophosLabs has been monitoring an increasingly prolific attack targeting Internet-facing SSH servers on Linux-based systems that has been dropping a newly-discovered family of denial-of-service bots we’re calling Chalubo.

The attackers encrypt both the main bot component and its corresponding Lua script using the ChaCha stream cipher. This adoption of anti-analysis techniques demonstrates an evolution in Linux malware, as the authors have adopted principles more common to Windows malware in an effort to thwart detection. Like some of its predecessors, Chalubo incorporates code from the Xor.DDoS and Mirai malware families.

When Chalubo downloaders started circulating in late August, the attacker issued commands on the victim’s device to retrieve the malware, which was actually comprised of three components: A downloader; the main bot (which ran only on systems with an x86 processor architecture); and the Lua command script. As of mid October, the attacker has been issuing commands that retrieve the Elknot dropper (detected as Linux/DDoS-AZ), which in turn delivers the rest of the Chalubo (ChaCha-Lua-bot) package.

In addition, we now see a variety of bot versions that run on different processor architectures, including both 32- and 64-bit ARM, x86, x86_64, MIPS, MIPSEL, and PowerPC. This may indicate the end of a testing period, and we may see an uptick in activity from this new family.

SophosLabs first discovered the Chalubo family from an attack on one of our honeypots, which we use to collect data on malicious activity. We recorded the attack on the 6th of September 2018 with the bot attempting to brute force login credentials against an SSH server; our honeypots present the attacker with the appearance of a real shell that  accepts a wide range of credentials. The attackers used the combination of root:admin to gain a shell…or at least, that’s what they thought.

Once the attackers “accessed” the honeypot server, they issued the following commands.

These types of simple attacks on our honeypots are quite common, but what made this stand out was the libsdes sample. This bot demonstrates increased complexity compared to the standard Linux bots we typically see delivered from these types of attacks. Not only are the attackers using a layered approach to dropping malicious components, but the encryption used isn’t one that we typically see with Linux malware.

As an aside, at the end of September the same attacker’s machine attacked our honeypots again, but attempted to retrieve the BillGates malware family [Linux/DDoS-BD] that some have attributed to the Elknot authors. The malicious sample originated from the address hxxp://117.21.191.108:8269/start.

On first execution, the libsdes sample creates an empty file /tmp/tmp.l to prevent multiple occurrences of the malware from executing. The bot will then attempt to copy itself to /usr/bin/ giving itself a random alphanumeric string as a filename. Interestingly, it appears to have copied the rand_alphastr function from the Mirai botnet.

Quite interestingly, it also drops a script file with a rather recognisable path (/etc/cron.hourly/gcc4.sh) which gets added to /etc/crontab to run every 3 minutes via the command:

The reason the script is interesting is that it references files previously attributed to the Xor.DDoS malware family (which Sophos detects as Linux/DDoS-BH). The manner in which this script gets dropped exactly matches the behaviour of the Xor.DDoS family. In fact, looking closely at the code responsible for all of the persistence portions here, it appears that Chalubo has copied the DelService & AddService functions from the Xor.DDoS family.

Outside of these functions there are a couple of other minor similarities, but that is where it ends. It’s clear that the author of Chalubo had access to the source of the Xor.DDoS family, but they are in no way the same family.

The child process’ first action is to modify its process name to either crond or [kworker/1:1], but then it downloads, decrypts, decompresses, and runs the next ELF binary payload. The last-modified HTTP response header will be checked to determine if the payload should be downloaded, our recorded attack shows the sample has existed since Mon, 27 Aug 2018 09:57:30 GMT, and once downloaded from hxxp://q111333.top:8852/pc/i486 it is fed to the ChaCha decryption routine. After being decrypted, the payload is decompressed with LZMA, then executed by execve, using the modified process name as an argument.

Chalubo uses the stream cipher ChaCha, set to 20 rounds. In the original algorithm, we would expect ChaCha to use either a 16- or 32-byte key and an 8-byte nonce. This data is used to set the initial key state along with a nothing-up-my-sleeve 16-byte constant, expand 16-byte k or expand 32-byte k depending on the key size, and an 8-byte counter starting from zero.If the key is 16 bytes then it is used a second time to fill 32 bytes of the initial key state space.

The ChaCha-IETF implementation within Chalubo treats the 4 byte counter as a separate argument.

The Chalubo implementation initializes the counter to start from one(1) instead of zero. The RFC with peer recommendations mentioned above actually states that “The Counter part SHOULD be equal to zero for the first nonce, and increment by one for each successive nonce that is generated. However, any particular Counter value MAY be skipped over, and left out of the sequence of values that are used, if it is convenient.” So this can be viewed as a standard implementation, albeit a slightly more distinctive one, considering it has skipped the initial counter zero(0) value.

Looking through a variety of implementations it seems everyone has their own take on how to treat the counter and nonce fields. Most do not allow for a counter to be set, so it is hardcoded to start from zero. Some others, such as the crypto API within the Linux kernel, treat the last 16 bytes of counter and nonce as a single input argument, however the Libsodium library has the ChaCha-IETF implementation with a counter as a separate argument — and even then, the order of the arguments doesn’t quite line up with what we see in Chalubo.

For example, here’s the function in Libsodium:

And this is the same function in Chalubo (if we renamed some of the variables to match those in the example above):

So we can certainly say the Chalubo ChaCha function is a unique implementation whose algorithm matches the peer/IETF recommendations.

It became clear, once we looked at the bot, that Chalubo had copied a few code snippets from Mirai, such as some of the randomizing functions and what appears to be an extended form of the util_local_addr function.

The majority of functional code in this bot is entirely new, with a focus on their own Lua handling for, primarily, performing DoS attacks with DNS, UDP, and SYN flavours.

The Lua script built into the bot is a basic control script for calling home to a C2 server to inform the C2 about details of the infected machine. Similarly to the downloader stage, the last-modified HTTP response header will be checked and a list of tasks will be downloaded in the form of another Lua script it retrieves from hxxp://q111333.top:8852/test/res.dat. This C2 command script is also encrypted with the ChaCha-IETF algorithm, and so the Lua script calls the function task_decrypt. It uses the same nonce as the downloader, but the key for the command script is different.

The decrypted Lua script is then fed to a function called create_task_group which executes it.

As mentioned above, the bot’s Lua script communicates with the C2 server to receive further instructions. Its purpose is to download, decrypt, then execute whatever Lua script it finds.

The Lua retrieved by the bots we tested trigger the bot to perform a SYN flood attack against a single Chinese IP address over port 10100, without masking the local source IP. Interestingly it checks the /24 address of the local IP against 23.247.2.0, and if it is in that range, then it will set the source IP to one within the 183.131.206.0/24 range.

It also ‘strips’ certain IP addresses from performing the ddos_attack function, which may give some further insights into their C2 infrastructure.

Since the primary method of this bot infecting systems is through the use of common username and password combinations against SSH servers, we recommend that sysadmins of SSH servers (including embedded devices) change any default passwords on those devices, because the brute force attempts to cycle through common, publicly known default passwords. If possible, it’s preferable to use SSH keys instead of passwords for logins. As with any machine, make sure to keep the system updated!

Threat hunters searching for infections on their network can look for outbound traffic attempting to reach machines on 8852/tcp, though this unique port number is subject to change at any time and isn’t used for all C2 traffic we’ve observed.

Sophos endpoint and server protection detects this family as Linux/Chalubo-*. 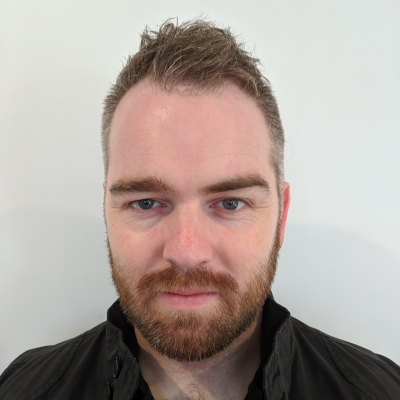 As a senior threat researcher at Sophos for over 9 years I've had the enjoyable opportunity to pull apart the latest threats whether they be parasitics, rootkits, memory residence malware or any other threat. When I'm not chasing down infection chains I like to get out my mountain bike & hit the trails.

Hi, everything is going fine here and ofcourse every one is
sharing facts, that’s genuinely fine, keep up writing.