At Sophos, we are continuously on the lookout for new threats. One of the systems which helps us in sifting through the daily volume of fresh malware is our sandbox environment, which gives us the ability to analyze the malware’s dynamic (runtime) behaviour.

Recently, we identified a suspicious executable which showed intriguing behaviour in our sandbox. The executable injected code into a legitimate windows binary (svchost.exe), and the injected code triggered one of our memory detections which aims to identify information stealing malware. The injected process ended abruptly and displayed an error message which didn’t make any sense relative to the type of code which the process contained: “The configuration file is missing. Re-installing Easy Backup may fix this problem”.

This odd behaviour prompted us to analyze the malware in depth. We took a jump down the rabbit hole, leading to the discovery of a previously undocumented threat, which we’re calling AdKoob. It’s a credential stealing malware with a twist: It also exfiltrates data from your Facebook account to an unknown recipient.

In its effort to avoid being detected, the main AdKoob executable is double-packed: First, with the open source UPX packer, and then with a custom injector. The custom injector uses a technique called process hollowing to map the malware code in a suspended instance of the Windows Service Host executable. Once mapped, the injector resumes the Service Host process, at which point the malicious code runs, and the fake error message pops up.

But when we disassembled AdKoob, we quickly figured out why it throws a fake error message: AdKoob starts its execution by checking if there is a command line argument present. If there isn’t one, it throws an error, but in one sample I analyzed, it looks for an argument of either '/1c9542b2a8cb' or '/mode=debug'.

If whatever process starts the malware passes it the correct argument, AdKoob continues its execution by checking for the presence of 'FC29FA0894FE.ini' in %appdata%, which functions as a breadcrumb to ensure the malware only gets executed once. If the breadcrumb file exists, the malware terminates immediately.

Using a built-in command line parameter check is a simple yet crafty anti-sandbox technique, since it is unlikely that an automated sandbox will know in advance which parameter it needs to pass to the executable in order to trick it into revealing its true colours.

Once all the evasion checks are satisfied, AdKoob starts its first core task: stealing usernames and passwords saved in the browser. To achieve this goal, AdKoob directly accesses the file and registry locations where various browsers store the credentials.

AdKoob has to use a few tricks in order to steal data from different browsers. For Chrome and older versions of Firefox (prior to version 58), it does a SQL query against the SQLite database that these browsers store on disk (moz_logins for Firefox, and logins for Chrome).

Recent versions of Firefox store credentials within a JSON file, which AdKoob is also able to query.

AdKoob is able to extract Internet Explorer’s saved ‘Basic Access Authentication’ credentials (these are used by certain web applications, sent within specific HTTP headers). It uses the GUID string required to generate the cryptographic salt that protects the saved credentials, and the prefix needed to distinguish the saved basic access credentials from other credentials in the vault.

Harvested browser credentials are encoded and then sent to the attacker over HTTPS, using two URLs hardcoded in the malware. A separate POST request is made for each browser. For the analyzed sample, the exfiltration URLs (obfuscated here) were:

The fields in the decoded request are described below:

The first method relies on using an existing Facebook session stored in the user’s browser via Facebook authentication cookies. AdKoob goes through the victim’s installed browsers, and specifically looks for cookies related to the facebook.com domain.

Similar to saved credentials, cookies are stored in a SQLite database in Firefox and Chrome. We can easily spot the following SQL queries used by AdKoob to query the cookies:

The second method involves using the browser credentials AdKoob has already stolen. If any of these are for Facebook, AdKoob attempts to log in to Facebook by sending the appropriate HTTP requests. If successful, it is able to get hold of additional Facebook session cookies.

Once successfully authenticated to Facebook, AdKoob proceeds with its espionage payload. It launches a series of requests to a list of Facebook URLs. The malware inspects the response data from each request using a corresponding set of regular expressions. This technique enables AdKoob to identify items of interest within the victim’s Facebook profile.

The first three requests are to the following Facebook URLs:

From these requests, AdKoob exfiltrates the following data:

After having spied on the victim’s Facebook profile data, AdKoob continues by making a series of interesting requests to an interface which isn’t used by everyday Facebook users, relating to paid advertisement campaigns. Businesses have the possibility to create an advertisement account on Facebook, and use that account to promote a Facebook page or website via a specific campaign. Various parameters can be defined by the user, for example the demography of users on which the campaign should focus.

AdKoob makes a request to the URL on which this interface is served. It then checks the response and extracts the ad account ID (a string of numbers which uniquely identify the advertisement account) and the total amount of money which has been spent on advertisement campaigns.

The extracted ad account ID is then used to make a query to the Facebook Graph API, a programmer’s interface which allows a programmer to query information from a Facebook account. The following query is launched by AdKoob:

The query and corresponding result can be simulated via the graphical Facebook graph API explorer, a Facebook tool for developers to test their Facebook graph queries, as shown in image five.

The query launched by AdKoob steals various information from advertisement campaigns, such as its campaign name, amount of money currently spent and the ad campaign’s budget limit.

This is perhaps the most interesting thing about AdKoob – the payload suggests the criminals behind the attack are targeting business users. For the simple reason that regular home users are unlikely to use Facebook advertisement campaigns.

Once all exfiltration is complete, AdKoob sends a GET request to a different URL, which includes an identifier based on the user’s Security Identifier (SID):

This URL is different from the URLs used for data exfiltration, and presumably is used to gather statistics about the number of infections.

As a finale, AdKoob ends its execution by creating the file '%appdata%\FC29FA0894FE.ini', which ensures the malware isn’t run twice. It then self-destructs in an attempt to leave no sign that the system was compromised.

Sophos detects this threat as Troj/AdKoob-A. 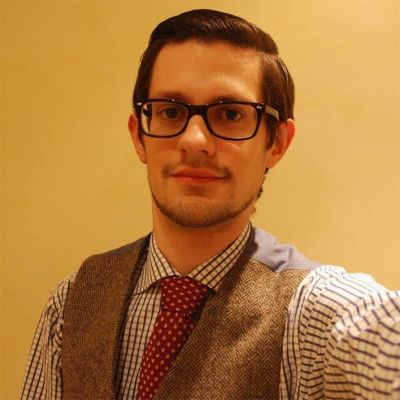 Felix is a threat researcher at Sophos lab.