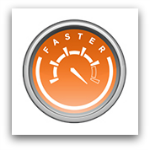 Miercom also ran a test comparing the performance of the SG 135w desktop model against the competition’s rackmount 1U appliances, a traditionally more powerful form factor.

All models were tested under equal circumstances and using equal packet sizes for a fair comparison. Also, all vendors involved had the chance to demonstrate their performance in a separate test if they didn’t agree with the results. Only WatchGuard made use of that possibility.

The SG 135w outperformed the competition in the UTM test with 40% more throughput than the average. Miercom notes that even when all features on the device were turned on for the UTM test:

“Sophos maintains a respectable rate which is considerably higher than its competitors.”

In only one of the six tests did the competition draw even with the SG 135w – in the Firewall + AppCtrl, where Check Point achieved the same throughput performance.

As you can see in the graphic below, the SG 135w has proved itself to be the most powerful desktop model. 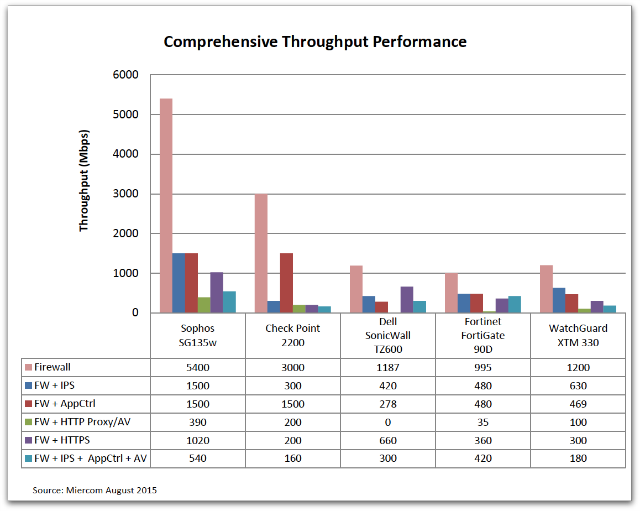 And the strengths of the SG 135w are not limited to performance. Our UTM’s simplicity and ease-of-use was also notable, as Miercom states in its report:

“Overall, the performance of the Sophos SG 135w desktop device was better than most desktop products. Additionally, Sophos has a quick and simple setup. Configuration was straightforward, and the graphical user interface (GUI) was clean and easy to navigate with a minor learning curve.”

In a separate series of test, Miercom compared the Sophos SG 135w desktop model with the rackmount 1U appliances of the other vendors.

Is it really possible to get rackmount performance with a desktop form factor and price?

Well, in the case of the SG 135w, it is possible. The SG 135w’s baseline firewall throughput was 51% higher than the rackmount vendor average. Even in the most difficult test, the SG 135w had fantastic UTM throughput with all features turned on. Our desktop model had almost double the throughput of Dell SonicWALL NSA 2600 and performed only marginally behind the Fortinet FortiGate 100D. 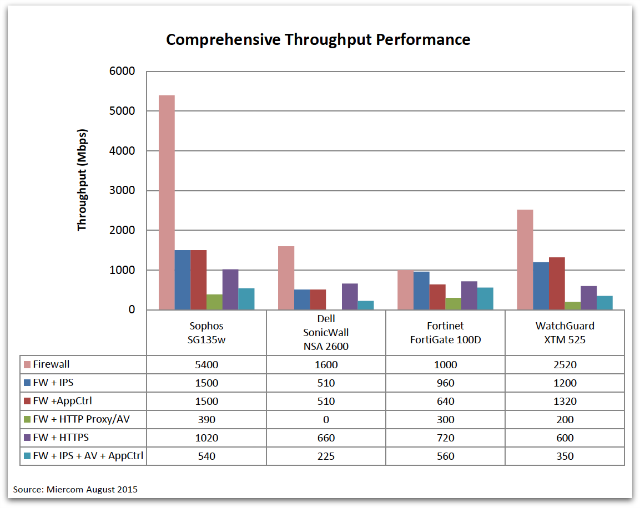 What do these tests prove?

The numbers speak for themselves – when measured against the toughest competition in the industry, Sophos SG Series wins with the best performance.

And because the SG 135w desktop model outperforms some of the more costly rackmount models from other vendors, these tests prove that Sophos offers an excellent price-to-performance ratio.

Finally, the tests prove that, with the SG 135w, you can have a UTM appliance that combines ease-of-use and cost effectiveness with performance – without forfeiting features or security.

You can download the full desktop and rackmount comparison reports from Miercom on sophos.com.

* The recently launched XG 135w has an identical hardware specification to SG 135w tested here. In fact all our SG Series and XG Series appliances have identical technical specifications; the XG Series just come preinstalled with different firmware, which is why we’ve given them a new name to differentiate. SG Series = UTM 9, XG Series = XG Firewall. Read more in our blog article about Sophos UTM 9. 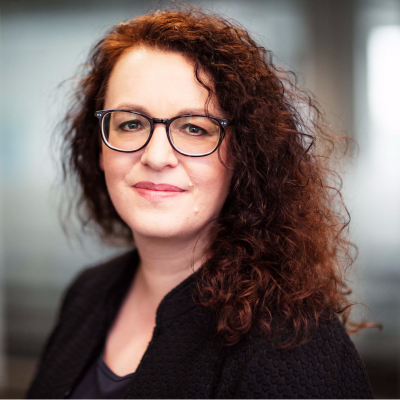