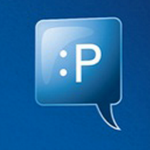 We want to do our part to encourage young people, and especially young women, to pursue careers in cybersecurity. So we’re delighted to host our first ever Girls in Coding Day, an event designed to engage, motivate and challenge the brightest aspiring female programmers in the UK.

About 40 girls aged 14-18 from area schools will spend the day at our global headquarters in Abingdon, England, where they’ll participate in a DEFCON-style coding challenge, tour SophosLabs, hear from our cybersecurity experts, and meet with some of the impressive young women from our internship and graduate programs.

Some of these interns and graduates told us about how they became interested in cybersecurity, gave us their thoughts on how to bring more women into the IT industry, and explained why they chose Sophos to help them launch their careers. Here’s what they said.

Rebecca is interested in cryptography and logical systems, so IT security is a very good match, she says. After studying maths, electronics and physics at university, where she also learned programming languages Python, Java and C++, a personal tutor suggested cybersecurity as a possible career.

Rebecca went in search of opportunities in software engineering, which is how she found the Sophos graduate program.

Rebecca says a lot of young women aren’t encouraged from an early age to pursue a future in science and technology careers.

“I definitely see this as a problem because technology is something that both genders use in our society every day and the industry does not reflect that! The stigma of science and technology being boys’ subjects in schools needs to be dispersed,” Rebecca says. “We cannot expect any industry to change unless the attitudes of those coming into it do.”

Sophos appeals to Rebecca because of the fun work environment and great colleagues, she says.

“Sophos has a much better ratio of genders than other technology companies I have worked for, including within management,” Rebecca says. “I was pleasantly surprised when I found that in my team of seven there were going to be three women.”

Raluca enjoys programming in her spare time and has taken part in various hackathons in the past, which spurred her interest in a cybersecurity career, she says.

“I realized that as much fun as cracking the code might seem, it can become quite harmful when done with bad intentions in mind and it can affect people’s lives to a great extent,” Raluca says. “I think IT security is a continuously broadening field, which makes me feel like my work will always be relevant and meaningful to a lot of people.”

Raluca says a lot of young women get the impression that computer science is a “men’s field” and that people who work in IT are “weird, unsociable people.” Awareness programs and tutoring from other women in computer science should turn those perceptions around, she says.

In many students’ eyes, Sophos stands out from the other companies that run placement programs because it’s a security company, which is “cool and exciting,” Raluca says.

Raluca says she’s always supported by her team at Sophos.

“They made me feel like I had been one of the team for ages, they valued me as a team member and took my opinions into consideration. I think it’s very important to feel that in your first job, to feel like you can grow and that you are helped to do so, that people care about your progress,” Raluca says.

Becci was originally going to take performing arts at university. She says she had no prior IT experience and didn’t consider it as a career possibility until she was approached by a teacher who encouraged her to take computer science.

After getting a placement at Sophos, Becci discovered that cybersecurity is “really cool and interesting,” and now wants a career as a software engineer.

Becci says many women who don’t receive encouragement in science and technology from their parents aren’t aware of the career possibilities.

“Computing is being introduced into the national curriculum and so students are beginning some form of programming from as early as 14, but I think to encourage women in particular to pursue IT and technology careers we need to eradicate the obvious stereotype from an earlier age and show that careers in IT are not gender specific,” Becci says.

When she was considering an internship, Sophos was at the top of her list. Immediately upon beginning her internship she felt like she was as much a part of the company as if she were a full-time employee, she says.

“You get the exposure to real technologies used in the field and the real life experience I need to prepare for life after university,” Becci says.