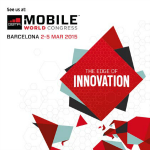 The security of mobile devices and the Internet of Things is surprisingly lax, especially compared to traditional desktops. James Lyne, global head of security research at Sophos, proved just how insecure these devices really are, in a presentation at the Mobile World Congress in Barcelona.

In his live demonstration, James demonstrated hacks that a modestly talented cybercriminal could use to compromise mobile devices and Internet-connected closed-circuit cameras (CCTV).

In our video below, you can watch James hack into an Android tablet over Wi-Fi to record video and audio, and see how insecure CCTV cameras that use weak or no passwords can be breached from the other side of the world.

As James predicts in his report on the top 10 security trends for 2015, IoT manufacturers have failed to implement basic security standards, and attacks on these devices are likely to have nasty real world impact.

And despite the vast quantities of data stored on our mobile devices, many users are unaware of the need for better security. Google’s Android is the market leader, but the majority of Android devices are running older versions that are insecure against the latest attacks.

“These problems are easy to fix. They require us to take the lessons we learned in the PC and apply them quickly – now,” James said.

Who will cybercriminals target next? (Video) | Sophos Blog

[…] rapidly developing Internet of Things, which is what we call the millions of devices coming online – from security cameras and […]