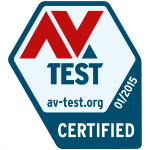 The expert product reviewers at AV-Test handed out awards for the best antivirus software for Android in January, and once again Sophos has aced the test with 100% malware detection.

Our Free Antivirus and Security for Android (Sophos Mobile Security) accurately detected and blocked every one of the 2,950 samples of malicious Android apps used in the test – and without a single false positive.

AV-Test recognized our app with a Protection Score of 6.0 (out of a possible score of 6.0), and we also garnered the highest rank of 6.0 in Usability.

Our 100% malware detection rate beat out the antivirus products of other vendors including those from Symantec, Kaspersky and McAfee.

In the Usability category, we passed with flying colors, thanks to app performance that didn’t slow down the device or reduce battery life. Tests also showed that our Android antivirus didn’t flag any legitimate apps (out of nearly 3,000 tested from Google Play and legitimate third-party app stores).

Version 4.0 of Sophos Mobile Security also got perfect scores from AV-Test in November 2014.

Check out the AV-Test review, and download the free app from Google Play.

UPDATE: We did it again, scoring 100% detection in the July 2015 AV-Test results. That makes six times in a row we’ve had a perfect malware detection score. 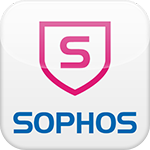 Sophos Mobile Security is a robust yet lightweight app that protects your Android devices without compromising performance or battery life. Using up-to-the-minute intelligence from SophosLabs, it automatically scans apps as you install them.