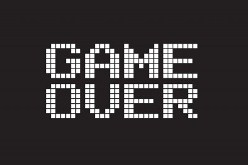 Staying secure against Gameover and CryptoLocker

Gameover, also known as Gameover Zeus, Zeus or Zbot, has been back in the news with headlines suggesting infected users have a small window of opportunity to remove this malware before the criminal’s botnet is reactivated.

Sophos customers have been protected since Gameover (Zbot) and CryptoLocker first came to light. Our free Sophos Virus Removal Tool can help identify and clean-up any infected computers.

Law enforcement officers have taken down the botnet command and control servers that were behind the notorious Gameover malware. Gameover was used to steal banking credentials, infect victims with the CryptoLocker malware and more.

The servers will undoubtedly get rebuilt — they are too lucrative for the cybercriminals to drop — but in the meantime there is a short window for users to remove existing infections and make sure they are protected in the future.

For detailed information on these threats read our Naked Security article.

What to do if you are infected

Our FREE Sophos Virus Removal Tool is here to help. It detects and cleans up malware, including Gameover and CryptoLocker*, and you don’t have to uninstall your existing anti-virus first.

* Unfortunately decrypting data that’s already been encrypted by CryptoLocker is much harder.

Sophos has been detecting and blocking Gameover (Zbot) and CryptoLocker since their inception, keeping our customers secure.  We protect at both the endpoint and the network for total security:

Here are our top tips to keep your organization secure against Gameover, CryptoLocker and other threats:

SophosLabs, our global network of threat researchers, are experts in these types of malware. We have a number of ungated resources if you’d like to learn more: