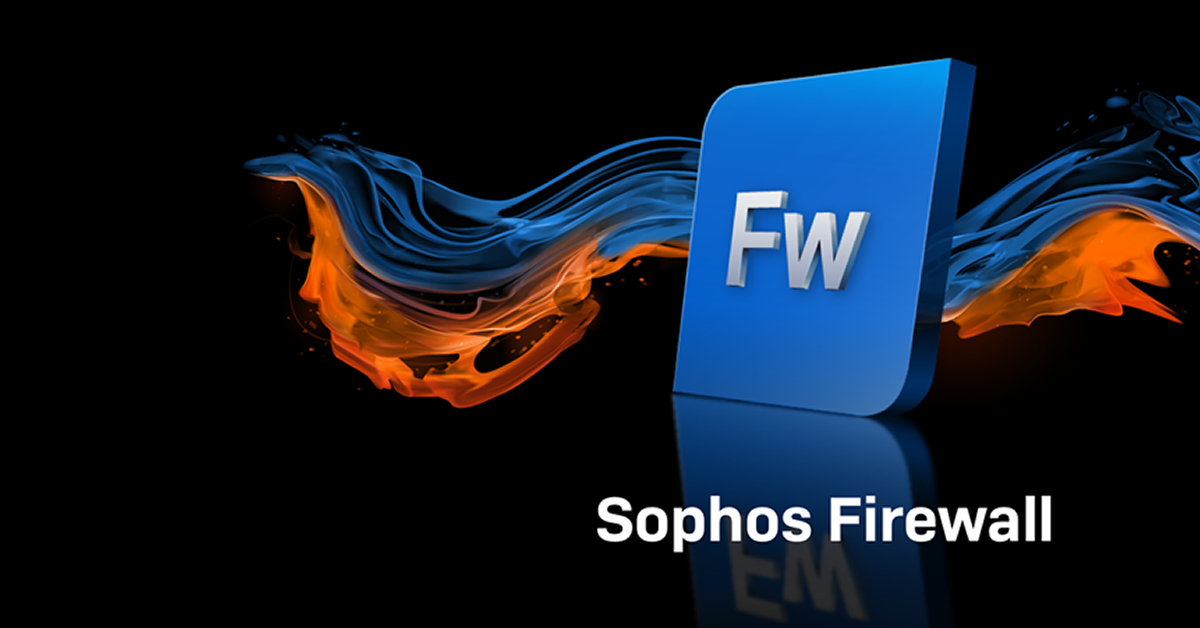 The latest version of SFOS includes many important performance, security, and feature enhancements. It wraps all the great capabilities released over the last year into a major new release that is now available on all SFOS devices: XG Series, XGS Series, virtual, software, AWS, Azure – all our supported platforms. 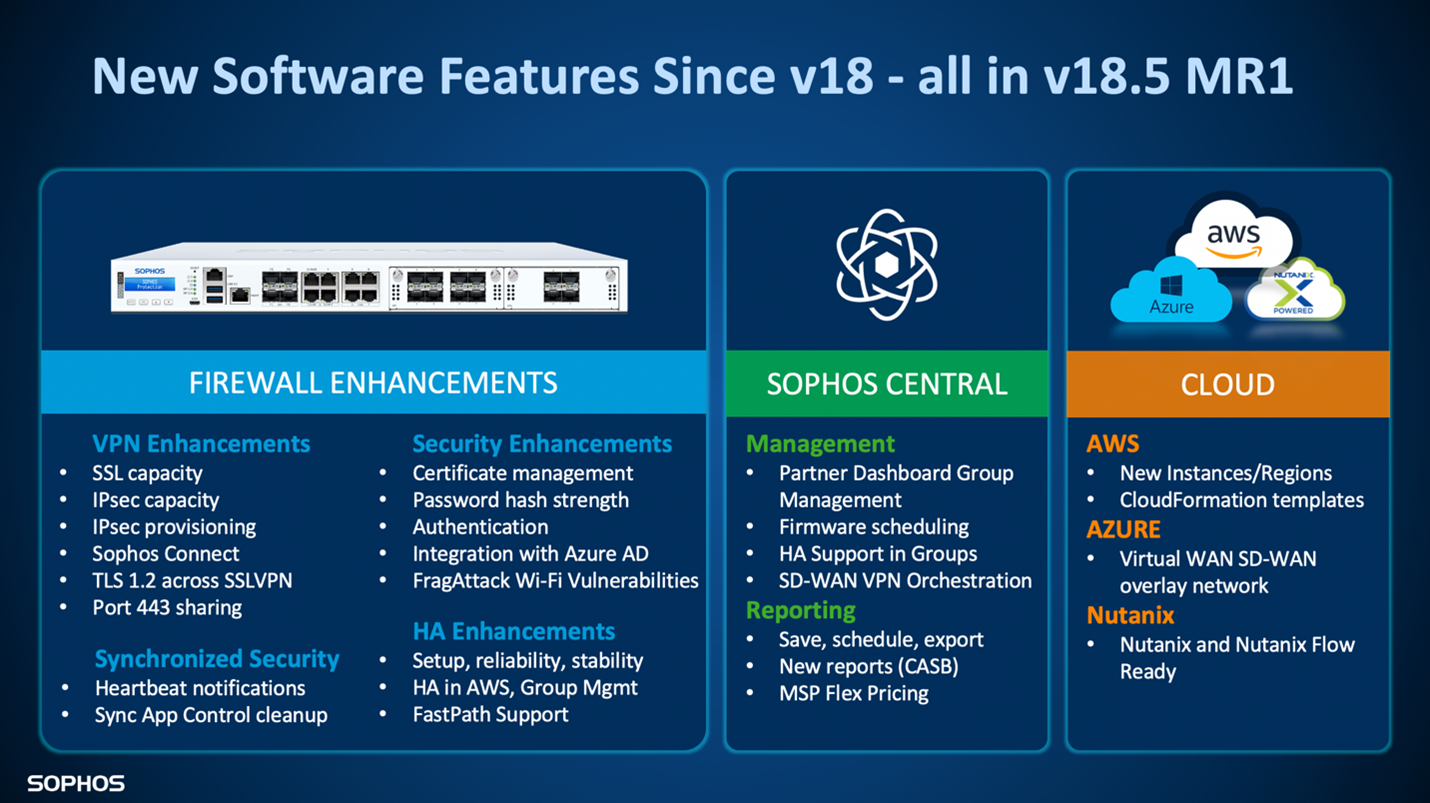 SFOS v18.5 MR1 is currently being pushed out to all active Sophos Firewall devices, but you can download the update from the MySophos licensing portal if you wish to get it before it appears in your console. Get the full details.

Keep your firewall firmware up to date!!!

And don’t forget, you can schedule firmware updates via Sophos Central if your firewalls are running v18 MR4 or later.

If you’ve ever set up more than a couple of VPN tunnels between different firewalls, you know how time consuming and tedious this process can be. Sophos Central Orchestration makes interconnecting VPN tunnels between multiple Sophos Firewalls a quick and easy task.

What you need to take advantage of this

There are three pre-requisites for Central SD-WAN VPN orchestration:

While all Sophos (XG) Firewall licenses are currently being migrated to the new licensing scheme over the next few weeks, you can activate a Central Orchestration trial any time through MySophos to get started with the EAP right away: 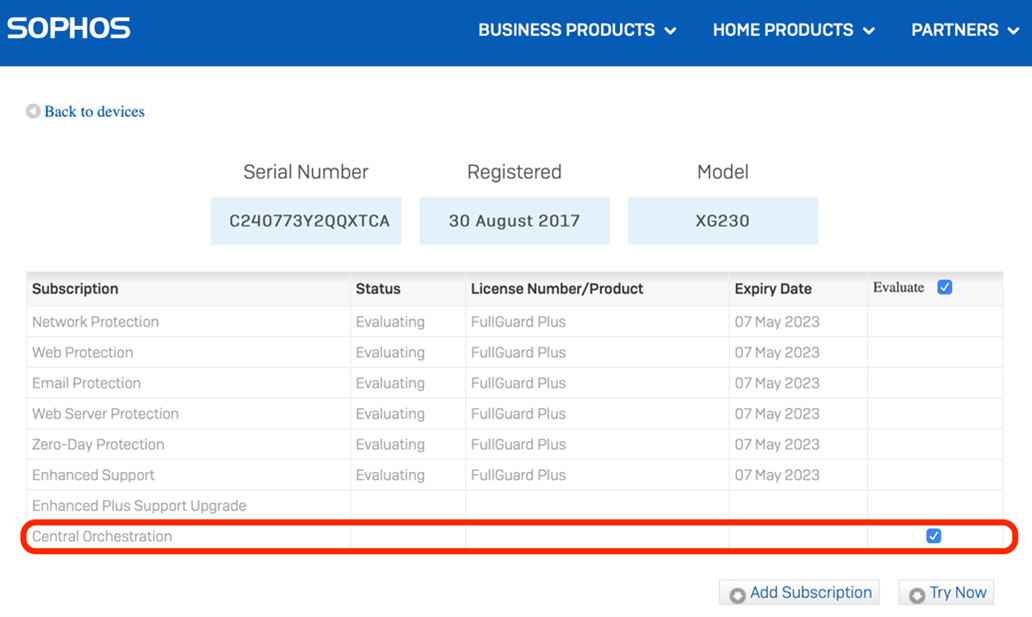 The new Central Orchestration subscription license also includes Central Firewall Reporting Advanced with 30 days of data retention in Sophos Central. This enables you to take advantage of all the great new Sophos Central reports and custom reporting tools to get deep insights across your entire estate of firewalls or any firewall group.

You can easily extend data retention up to a year through additional storage licenses. Check out the storage estimation tool to get a feel for what’s best for your particular needs.

The team is continually adding new features to Sophos Central for firewall management and reporting. There are two additional features heading to Central Orchestration within the coming weeks to make this capability even more helpful…

In addition, new features are planned later this year for Central Management and Reporting, including: 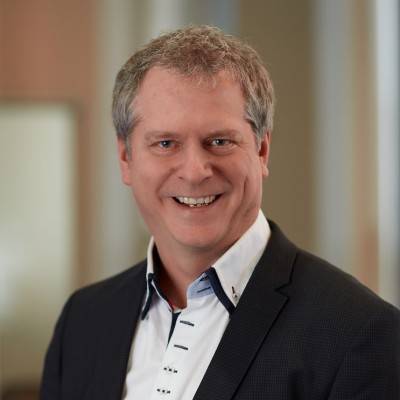