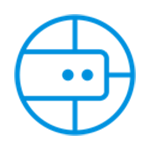 Solid server security starts with good operational hygiene, which includes restricting who and what can reach the server, and what applications can run.

We’ve now made that easier in Sophos Central Server Protection with the inclusion of: