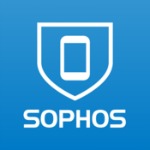 As a security vendor, we’re often asked, “What about Sophos Antivirus for iPhones and iPads?”

We’d love to oblige, but Apple’s iOS development model doesn’t allow the sort of interaction with the operating system that we’d need to build an effective anti-virus program.

In particular, to qualify for the App Store, an app is limited to its own sandbox, where it isn’t supposed to be able to read or interfere with other apps, or to sidestep Apple’s commercial controls.

That makes it impossible for an anti-virus to analyse other apps, or to hook into the operating system itself to scan files after they are downloaded but before they are used.

In other words, even trusted vendors can’t publish apps that do what you’d expect from an anti-virus – not unless you jailbreak your phone, which opens up a whole heap of security risks on its own.

The silver lining, however, is that Apple’s strict walled garden approach has made it much harder to sneak malware onto iPhones and iPads, so Apple devices have experienced a minuscule fraction of the malware troubles that have beset the Android ecosystem.

Of course, no walled garden is perfectly secure against attackers, and Apple regularly issues iOS updates to close off software vulnerabilities to help keep the bad guys out.

This means that keeping your device up-to-date with the latest iOS version is an important part of staying secure.

Wouldn’t it be great to have a tool that checks and explains why you should upgrade? Especially if it told you what you needed to know without having to wade through pages of technical documentation and security advisories…

The latest addition to our great range of free tools, Sophos Mobile Security for iOS, does just that, and more:

Why not check out Sophos Mobile Security for iOS yourself? Go to our free tools page to download the app today.

Great App and my own preferred security. Keep up the good work Sophos!

I got that from the AV perspective but what about only the web filtering functionality on iOS?
Is it in the same camp as AV on iOS?

hello. How can I use my Premium account on Intercept X on my iPad.

Hi there, you can download Intercept X for Mobile from the App Store :)