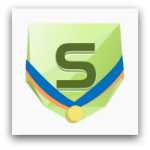 Sophos is pleased to announce two recent awards recognizing our success in the channel. We were named 2015 IT Security Vendor of the Year in the DACH region at the ICT Summit hosted by CRN.

Also at the ICT Summit, our colleague Bernhard Oertel, Sophos Territory Manager, was named Channel Manager of the Year. Both awards were based on an online poll of CRN.de readers.

If these awards sound familiar, that’s because Bernhard won the same award at the ICT Summit in 2013, where we were also named IT Security Vendor of the Year.

We think these awards are a tremendous honor because they are voted by the CRN readers – in other words, by our channel partners.

Our 100% channel sales model and our commitment to partners is reaping rewards in regions all around the world.

In North America, the Middle East and Africa, the UK, Western Europe and beyond, we’re seeing results.