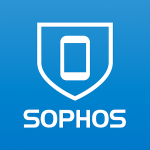 If you’re an avid Android user like me (and over a billion other people on the planet), you’re probably at least a little bit aware that Google’s crazy-popular mobile OS comes with some security drawbacks.

For one, the ability to install apps from third-party app markets makes Android more vulnerable to malware than iOS – Apple devices can only get approved and vetted apps from the App Store.

Unlike your iPhone-toting friends, however, you can use an antivirus to protect your Android (Apple won’t allow iOS antivirus apps in its Store). Even better, you can get the best Android security app from Sophos, and it’s completely free.

Here are 10 reasons you should get Sophos Mobile Security for Android, our free security and privacy app, to protect all your Android smartphones and tablets.

But there are another 1 million apps we’ve categorized as potentially unwanted apps (PUAs), because they may threaten your privacy or security with adware, collect your data unnecessarily, or deceive you with phony malware pop-ups and other scammy behavior. The good news is that Sophos Mobile Security has a great track record of blocking malware and PUAs, acing third-party tests with 100% malware detection six times in a row.

2. It won’t drain your battery or slow performance. Sophos Mobile Security has a lightning fast antivirus engine for quick scanning, which means lower CPU consumption and less impact on your battery. You can schedule your scans at intervals depending on your preference, from every six or 12 hours, to once daily, once every two days, or once every three days.

3. Privacy and security advisors show you which apps and settings pose the greatest risks. There are a lot of apps that request permissions for no (good) reason. Does a flashlight app need to know your exact location? Our privacy advisor will show you which apps are asking for too much data or could cost you money. And the security advisor lets you know if your device settings are leaving you vulnerable.

4. Blocks unwanted calls and SMS text messages. Spam filters for your email save you from unwanted and potentially dangerous messages. You should be able to block those annoying and scam phone calls and text messages too. Sophos Mobile Security lets you choose which numbers to always allow, and always block sketchy numbers, such as those with hidden caller ID. It also scans for malicious URLs in text messages.

5. Web filtering keeps you safe from malicious websites. You use your phone for surfing the web, maybe even more than you do on a regular PC. Now you can get protection on your Android from phishing sites and websites flagged by SophosLabs for harboring malware. Web filtering also allows you to block categories of websites like adult content.

6. Remote lock and wipe your device in case of loss or theft. With a simple text message, you can locate, lock or wipe your device. Also send a message to the lockscreen of your phone to let someone know how to return your lost phone; reset the passcode; or set off the device’s alarm so you can find it between the cushions of your couch.

7. Add another layer of protection to sensitive apps. Keep your privacy with password protection for sensitive apps like email or social media. This feature can also prevent someone from changing the settings on your phone or racking up charges in Google Play.

8. Automatic updates keep you up-to-date with every new version. But you control whether the updates happen over the phone network, when roaming or on Wi-Fi.

9. Managed mode. If the app is managed through Sophos Mobile Control (SMC) or Sophos Cloud, it will report the health status of your device to the management console, allowing your IT department to guarantee full protection throughout the company at all times. The app will report found malware and potentially unwanted apps, and apply your company’s security policies.